Politics in Art: understanding the LGBTQ+ History Month theme for 2022

Continue reading to learn more about the theme, its significance to the LGBTQ+ community, and how to create a focus on the theme throughout the month. 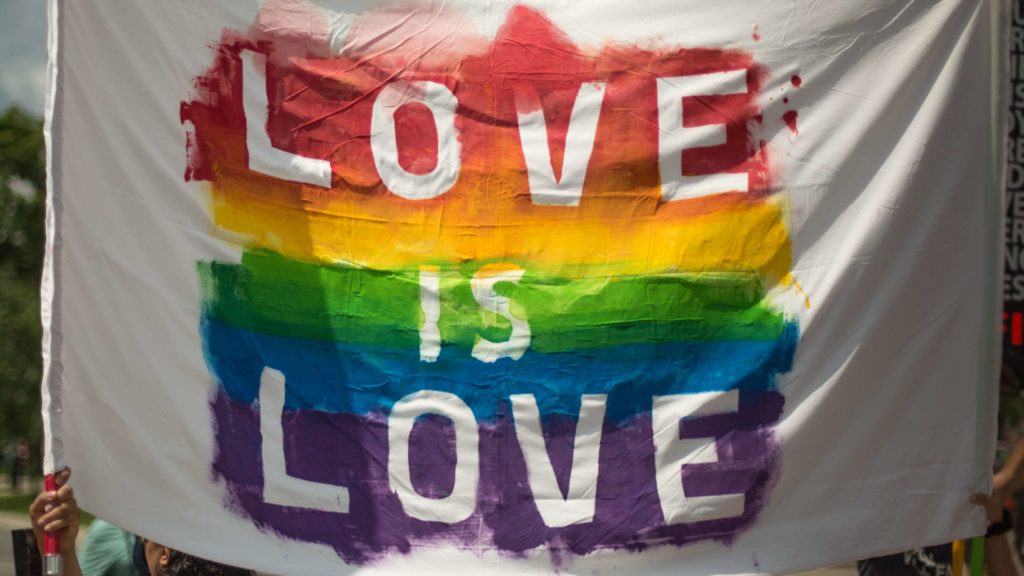 What is the LGBTQ+ history month theme in 2022?

‘Politics in Art: The Arc is Long,’ is the theme for LGBTQ+ History Month 2022. It strives to honour the many contributions of LGBTQ+ artists and activists, as well as their accomplishments in bringing attention to LGBTQ+ and other challenges, as well as communicating the pain, beauty, and relevance of the battle for equality.

LGBTQ+ History Month was started in 2005 by Sue Sanders and Paul Patrick when Section 28 finally came to an end. Section 28 of the Local Government Act 1986 stated that local authorities “shall not intentionally promote homosexuality or publish material with the intention of promoting homosexuality” or “promote the teaching in any maintained school of the acceptability of homosexuality as a pretended family relationship.”

As a result, LGBTQ+ lives, identities, and relationships weren’t being represented in media, politics, art, or classrooms. We are still fighting back against this erasure and invisibility today.

This year’s LGBTQ+ History Month theme gives us a chance to learn about and share some of the amazing art created by LGBTQ+ artists throughout history. You can learn more about LGBTQ+ history month here.

How has LGBTQ+ art changed?

The earliest known drawing is 73,000 years old, and while exact dates are contested, there is evidence of humans carving patterns onto shells some 500,000 years ago.

As far as we know, humans are the only animals who make art, and it seems we have been doing so since we first evolved.

Similarly, non-heterosexual and non-cisgender people have existed in some shape or form in human culture and society. For as long as there has been art, there have been queer artists.

The importance of art for the LGBTQ+ community

While queer art is, of course, as diverse as the LGBTQ+ community, there are some common patterns we can see in response to widespread LGBTQ-phobia in the UK post-industrial revolution.

Queer artists would use coded language and imagery, simultaneously expressing who they were to those who knew the codes but keeping a low profile to avoid discrimination.

As the LGBTQ+ civil rights movement grew in the 1950s and 1960s in the US and UK, the push for pride (a word deliberately chosen as it is the opposite of shame) was reflected in more overtly queer art and overtly queer artists.

The AIDS crisis in the 1980s and 1990s, and the slow (at times completely absent) response from governments and health institutions leaving many people to die, meant queer art became increasingly angry and confrontational.

Queer artists like Keith Haring combined their art with their activism in the fight against HIV and AIDS. Art and protest intertwined, as they continue to today.

More recently we’ve seen art exploring queer identity, the intersectionality of gender and sexuality with race, disability and class, and increasing visibility of intersex and indigenous artists in this space.

We’re also starting to see LGBTQ+ voices become part of the mainstream; a development that you can reflect in your organisations.

We have suggestions for you below, but the key question to ask yourself is: how can my organisation platform these silenced voices?

Influential people for politics in art

Every year, five people are chosen to reflect the LGBTQ+ History Month theme, and this year they are:

You can find out more about these artists in our LGBT+ History month resource. All Inclusive Employers members can access our full range of resources and support.

If your organisation are not currently members of Inclusive Employers and you’d like to find out more, click here.

How to create a focus on LGBTQ+ art during February

We join LGBTQ+ History Month in making sure that LGBT+ voices and identities are never silenced and forgotten about again, and we encourage all our members to get involved too.

We’re offering in-house webinars delivered by our expert team. These informative, engaging webinars can be delivered in-house to upskill your workforce and drive inclusion forward. Click here to find out more.

Another key area of moving inclusion forward is upskilling and mobilising Allies. Our impactful Inclusion Allies programme is designed to enable you to recruit, train and empower a group of Inclusion Allies who will advocate for inclusion across your organisation. Find out more about our Inclusion Allies training here.

In addition to the above, could you highlight LGBTQ+ figures in your industry throughout February, or invite in one of our inclusion specialists to conduct a webinar to your staff?

Can you help your LGBTQ+ employee networks host learning activities this month? Could you organise a book or film club focused on the work of an LGBTQ+ artist?

Whatever you do this February, we hope you take the time to explore the beautiful, diverse and vitally important world of LGBTQ+ art.