More than a racist microaggression: expectations of gratitude

Sandy Sohal, our Special Project Inclusion and Diversity Consultant, is developing an anti-racist toolkit. This toolkit will support organisations to really take action on understanding racism, how it exists in workplaces and what practical steps can be taken to dismantle it and develop truly anti-racist cultures. In this article Sandy discusses the expectation of performing gratitude. 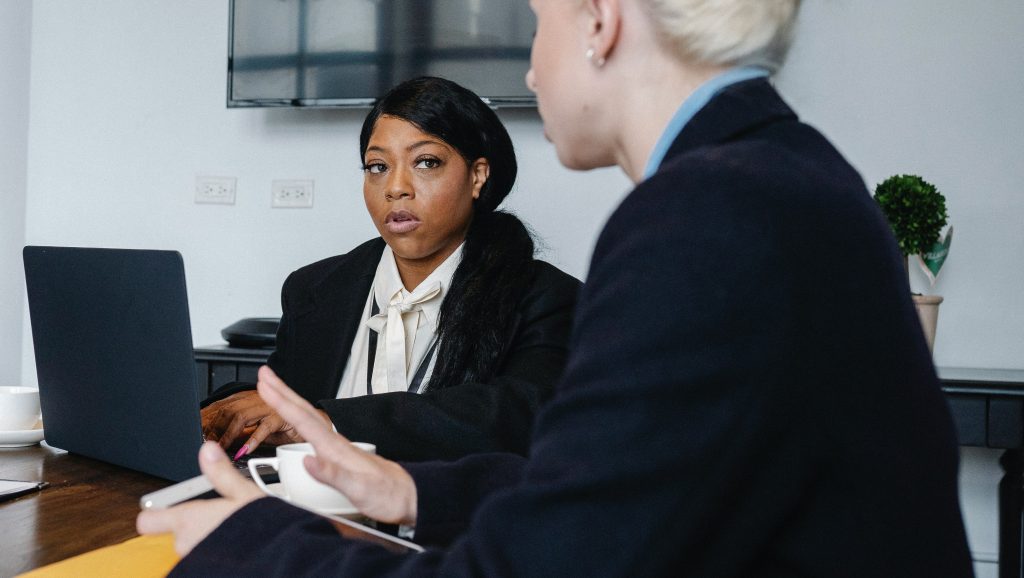 ‘You should be grateful’

I’m going to start with a scenario. Something is happening (political, economic, work-related, personal, whatever), you’re in a conversation about it and you have an opinion. You might disagree vehemently with whatever it is, have constructive feedback to offer, or perhaps have a different or better way to achieve the goal.

So, you voice your opinion…

And when you do, how often do you hear something like:

A word I’ve heard all my life, being as interested in politics and society as I am (OK, opinionated). A phrase that is almost exclusively used by White people towards Ethnic Minority people. Now, I should be clear that not everyone uses this phrase or others like it. But many do, in both life and work contexts – enough for people to experience it on a regular basis in face-to-face conversations.

This expectation of gratitude isn’t based on any relevant information. You know, small things like citizenship, residency and human rights – not that our statuses are anyone’s business but ours.  Its purpose is to make it clear we’re expected to quietly accept the status quo. Because haven’t we already had the incredible fortune of being ‘tolerated’ in this country? Of being educated and/or employed here? How dare we have the gall to express our opinions as well? This just isn’t on – we shouldn’t be “kicking up a fuss” or “getting above our station”.

In my personal experience it is used most by people who don’t consider themselves to be prejudiced or racist – people who would be horrified at the merest hint of such a thought. But at its core, it’s just another variation on the old “go back to where you came from” theme.  It’s the type of ‘casual’ racism that we see everywhere, all the time.

It couldn’t come from people actually believing we don’t have the right to speak our minds… could it? Nope. It’s just uncomfortable to listen to “other” people critique your country. Because it’s your country, right? And we’re “other”? When it comes down to it, some people don’t believe we belong here, or at least not quite as much as they do. Never mind history and geopolitics, the huge contributions we make to this country, or even the legal stuff. Viscerally, you will not allow us to truly belong.

Britain as a ‘tolerant nation’

I believe the idea of tolerance – of Britain as a “tolerant nation” – is closely entwined with this expectation of gratitude. Tolerance is about putting up with something you don’t like or are uncomfortable with. There are conditions attached to it. There is a notion that we are being tolerated in a world in which we don’t belong… so anything less than performative gratitude is unacceptable. Sidenote: this is why I can’t bear it when people talk about tolerance in the same breath as inclusion, diversity and belonging. They are not even closely related.

But let’s be clear: we have the same right as anyone else to express our views and perspective on the laws, politics and social mores of this country. These rights are enshrined in law, if not the hearts, minds and rhetoric of many in this country including our own government and institutions (just a couple of examples: our government’s hostile environment policy, the racism prevalent in the British media, institutional racism in the police force). As a matter of fact, it is not only a right, but a responsibility of all of us to challenge, to speak up and to right wrongs.

More than a microaggression

I have to say I found this piece difficult to write… there is precious little out there on this subject (that I could find) beyond personal accounts and research that specifically relates to refugee populations rather than as a systemic issue faced by generations of people. So even though it’s something I’ve experienced all my adult life, it has been hard to see if what I thought was real has been recognised in research. But I’ve spoken to lots of my Black and Brown family and friends about this experience and every single person has recognised it immediately. The same goes for my White friends, who also report hearing it in White-only circles (but not then repeated) – suggesting that lots of these people know exactly what they’re really saying.

It’s a microaggression that we live with every day – but I think it’s also more than that. Its more than people constantly pronouncing our names incorrectly, or only using our ideas when a White colleague has repeated them.  It’s not just about putting us down but also silencing us.

So here are my questions to you: have you ever used this phrase in this way? Have you heard it used by someone else? Have you ever thought about what it means, what it does, and why it’s used… really?

https://www.bl.uk/windrush/articles/back-to-my-own-country-an-essay-by-andrea-levy – Andrea is a writer with several novels under her belt, including Small Island. In this essay for the British Library she explores her personal experiences and writes about the British slave trade in the Caribbean.

Panorama, Let’s Talk About Race (BBC iPlayer) – Naga Munchetty talks to people around the country about race and racism.

What I’m listening to: