Inclusive Employers > Blog > What does being anti-racist really mean?

What does being anti-racist really mean? 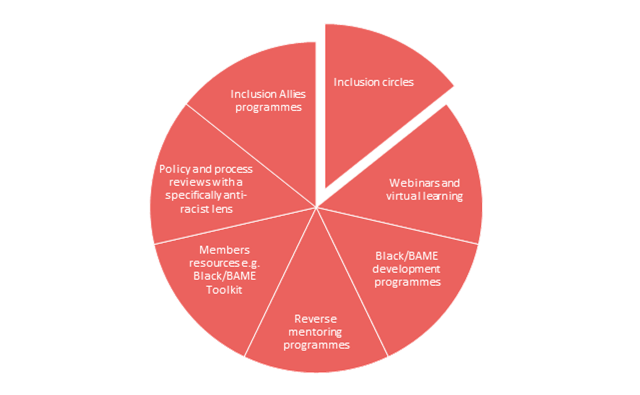 Inclusion and Diversity Director Richard McKenna discusses what anti-racism is and what it truly means to be an ally.

A couple of people have asked me over the last few weeks “what does being anti-racist really mean?”.  It’s an important question. I have posed it to leadership teams and been deafened by the silence that comes back at me.

Yes, people may understand about the activist element of anti-racism but many, I think, are unsure about the true definition of anti-racism and are therefore unable to commit to something they do not understand. Responses and actions become dumbed down in rhetoric that is merely an escape route.

So, how do we start to understand anti-racism?

In ‘How to be Antiracist’, Ibram X. Kendi defines an anti-racist as:

Anti-racism is a focus on transforming the unequal social and workplace relations that shape our interactions between black, Asian and other ethnic minorities and white people. Anti-racism is the change that makes these experiences and interactions equal or egalitarian. Anti-racism is a change in our perspective. It is understanding all that has gone before us, the impact of white supremacy and its impact on how we think, act and engage with different races,

By working together, from a foundation of anti-racism, white, black, Asian and people from other ethnic minorities – all people – can come together to build new systems that are egalitarian. Systems that are truly inclusive.

The difference between anti-racism vs not being racist

Many people have been dormant in their commitment to being anti-racist. Before George Floyd’s murder, how many people had considered they could be anti-racist? We viewed racism as a societal issue that needs some kind of governmental intervention, when really we all have a responsibility to understand and embed anti-racism approaches into our lives. It needs to become an everyday focus for government, for organisations, for colleagues, for us all. Part of this process is understanding the opportunity of difference.

Anti-racism is a journey. Understanding difference is a part of being anti-racist. What has led to racist behaviour, how can we learn and shift our perspectives. The positive impact that this understanding could have differ on our communities, our workplaces and each and every one of us, everyday.

Encouraging white people to take action and be anti-racist has proved problematic. We’ve seen the marches and protests over the last few weeks following the murder of George Floyd and we can see the demographics of who is taking part. Protest needs to lead to everyday anti-racist action. Many white people are feeling so daunted by the prospect of being anti-racist that they are tempted to ignore it completely. Just this week, one business told me that they had moved on from Black Lives Matter and were now focused on neurodiversity. I may be naïve, but I don’t believe that is anything more that this sense that they are so overwhelmed by it that they are choosing (consciously or unconsciously) to ignore it.

We need to move beyond feeling daunted. We need to accept that feeling daunted and overwhelmed is part of the process – discomfort leads to change. We need to get brave and focus on not just our intentions of anti-racism, but our actions to dismantle racism.

At Inclusive Employers, we have our Triple A action plan for anti-racism:

Yes, they are broad objectives. But behind them we’re developing tactics and actions with members to dismantle racism in the workplace.  These include Inclusion Circles, Inclusion Allies Programmes, Webinars and virtual learning, Black/BAME development programmes, Reverse mentoring programmes, Members resources, Policy and process reviews. We need to work together to become anti-racist. Please get in touch to find out how we can support you to start this work now.

Find out more about how you can amplify black voices within your organisation here.

Thanks to Ibram X. Kendi for words and inspiration.