Our colleague Sandy updates us on her antiracism work, advises how you could get involved and recommends TV shows, books and podcasts to get us thinking about 'the racism conversation' - which she reflects upon in this blog. 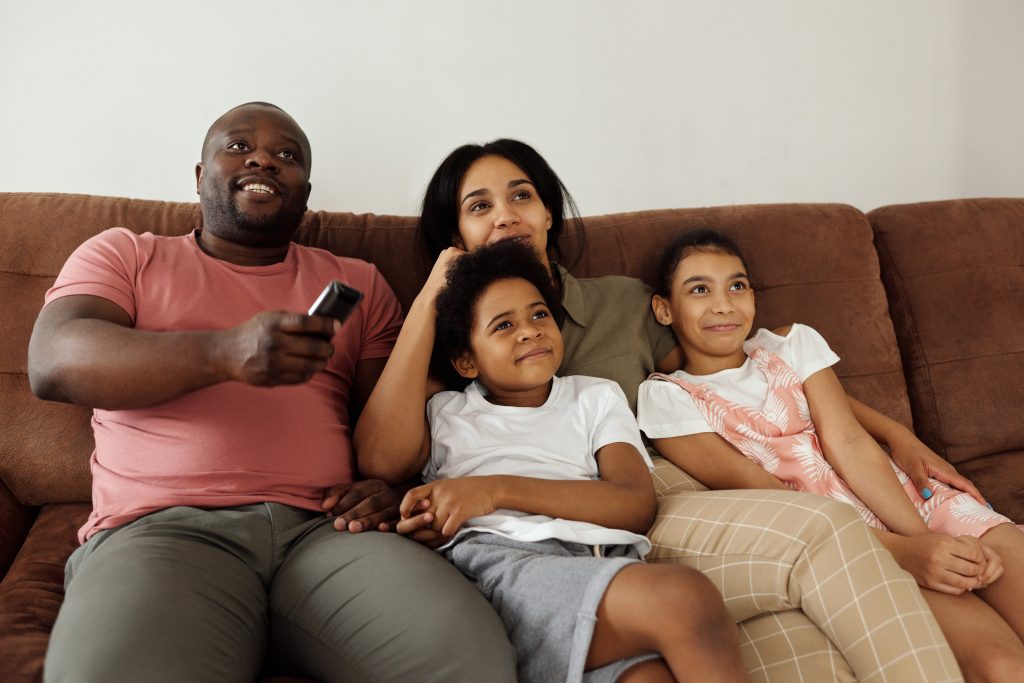 Hi! I’m Sandy, and as some of you will know, I’m currently in the ‘research phase’ for my antiracism work. I’ve had some incredible conversations with some amazing and inspiring people, so far – a big thank you to everyone who has kindly offered up their time. Though it’s early days, I’m already seeing some broad themes emerging from these discussions. But there is always room for more! If you’d like to get involved and haven’t been in touch yet, then please do – it’s not too late.

I’ll be popping up in Everyday Inclusion from time to time to share my reflections on subjects related to my anti-racism work – my intention is to ask questions and provoke thought around these complex and nuanced issues. I hope you will share and use as discussion points in your organisation too, there will be many different perspectives and things I haven’t thought about – after all, these pieces are just coming from my own experiences. Read on for my ‘Ode to Desmond’s’ – that nineties classic – and what it got me wondering about.

Like many of you, I’ve spent quite a chunk of this year working my way through various streaming platforms. Recently, we’ve seen a little flurry of nineties classics being re-released, and obviously I couldn’t resist a nostalgic binge through several of them!

Looking back at that time, I realised I watched a lot of (mainly American) sitcoms about Black families as a child and teenager. The reality is that, while I obviously enjoyed them, there was very little – if anything – out there that showed a family that looked like mine. And so, these were the shows I identified with most, they were the closest match to my own lived experience.

When I first started planning this piece, I was in the middle of re-watching US sitcom Moesha and was thinking about how the experience of racism hasn’t really changed all that much. Parents are still having to have ‘the racism conversation’ with their children, people still regularly experience overt and ‘hidden’ prejudice, and people of colour remain disproportionately involved with the police and legal system. We remain a long way from removing structural racism from our lives; the people with – and in – power are still the same.  Change is coming, but not as fast as many of us would like.

And then I revisited another nineties classic (and this time, a British one): Desmond’s. Wow.

Sadly, Desmond’s came to an untimely end in 1994, with the sudden passing of Norman Beaton who played Desmond himself.  But to me this sitcom was, quite literally, in a class of its own.

It’s only now, 31 years after it was first broadcast, that I can see just how truly ground-breaking it was. Desmond’s was about a family originally from Guyana, who lived in Peckham, London.  It was the only British show at the time that centred around a Black (or any ethnic minority) family. The cast was largely Guyanese (some brief research suggested that this in itself broke down a common stereotype of the time – that the Caribbean began and ended with Jamaica).  It had a character from Africa (Michael, a student from The Gambia. Famous catchphrase: “There’s an old African saying…”) who not only broke down stereotypes about African people, but also provided a vehicle for highlighting the cultural differences and nuances within the British Black community. Desmond’s really showcased and celebrated these in such an everyday way.

It was created, written and directed by Trix Worrell, and provided a real, authentic insight into the Black barber shop as the hub of the community. Even watching it now, thirty years later, it is properly funny – far more so than its peers – and yet the jokes are generally not at the expense of any specific group.

Looking back, many of the social attitudes showcased in Desmond’s feel ahead of their time.  But even so, we should be careful to ensure we view shows from past eras with context in mind, not just so we don’t find ourselves in a barren cultural wasteland – but more importantly to ensure we don’t underestimate their impact on our culture. They have had a lot to do with advancing the conversation and our cultural values.

Which leads me on to something else I’ve been reflecting on recently: does each generation become more open than the one before it? Would our attitudes, to both difference and inclusion, have progressed quite so far without TV shows (and other creative content) reflecting the attitudes of their times – and pushing the masses gently forward? Can society’s views change at all without this push from the arts, academia and activists? Can the necessary change happen despite the beliefs and attitudes of wider society, or does it only happen once the majority is truly on board? Do parents and guardians play a bigger part in this progress than we realise, through feeling a responsibility to bring their kids up to be more open than they were? I’m not a parent, so I actually don’t know… but a quick (very unscientific!) straw poll suggested that this is something people think about. How would today’s creative content reflect our attitudes? What would it say about us in thirty years’ time?

And finally, this month:

The Diversity Gap podcast (Spotify) – the context is mostly American, but its given me so many lightbulb moments!

The Good Immigrant, edited by Nikesh Shukla – a collection of short pieces; 21 writers explore what it means to be Black, Asian and Minority Ethnic in Britain today.