Ahead of Pride Season, beginning in June 2021, our Senior Inclusion and Diversity Consultant Matheus Carvalho, reflects on his privilege as a white cisgender man, what it means to be really ‘out and proud’ and advice on how we can all support out LGBTQ+ colleagues this Pride Season and beyond. 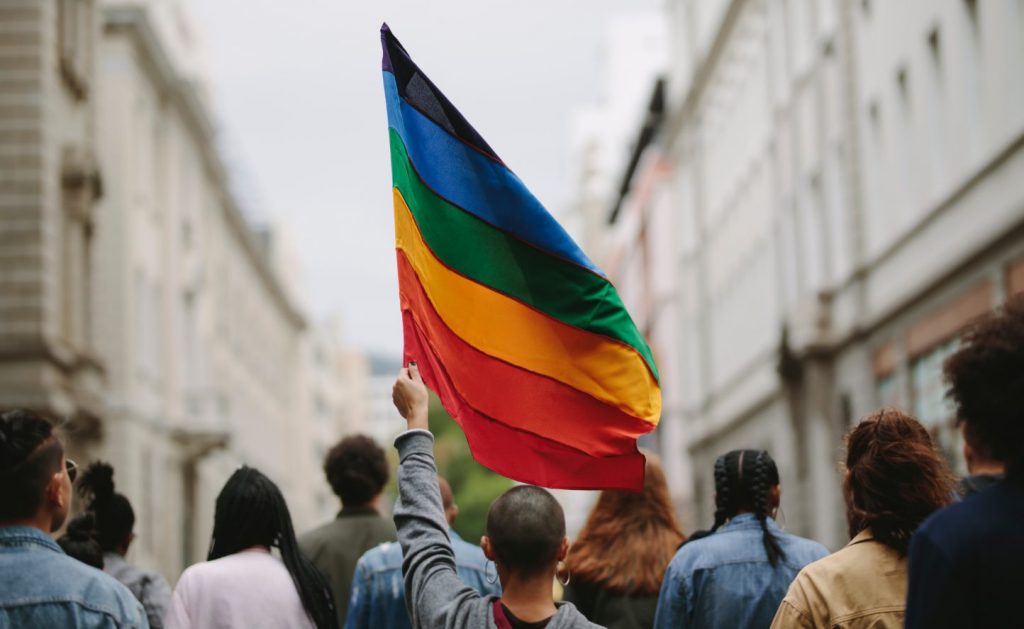 Pride as a state of mind

There are those of us who may feel like the past year disappeared into a vacuum, and some of us who have felt the weight of every single day. Whichever camp you’ve found yourself in, you have probably learnt to measure your expectations about what events and celebrations you can participate in as we ease out of lockdown.  And so, we come to Pride 2021. In previous years, come June – the arrival of Pride Season – many streets, shops and workplaces in the UK would be garlanded with Pride flags and rainbows. As with 2020, it is likely that this year celebrations will take a more muted tone.

But as with everything this past year, what if the more subdued Pride celebrations offers us that rare opportunity to stop and reflect? And what if we were to shift our mindset to look at “Pride” not only as a celebration, but as a mindset, a state of being?

Reflections on pride, privilege and shame

I have been doing a lot of reflection over the past year, and here is a confession: as a white gay man, my identity as a self-identified queer person has not featured much in those moments of reflection. In the year of Black Lives Matter, my thoughts have been much more around my privilege as a white male, and how I can support those whose voices are not being heard.

Now here is another moment of reflection (and bear with me, there shall be a handful of epiphanies in this post). Pride and privilege – how funny that both words should be so closely connected in the English language. Pride Season commemorates the June 1969 Stonewall Riots which many consider as the watershed moment in the fight for LGBTQ+ rights. And, it does not escape me that the opposite of the word “pride” is “shame”.

Many of us in the LGBTQ+ community have been taught to live in shame – shame of our identities, shame of not following mainstream conventions, shame of simply being. Celebrating the pride in just being ourselves is part of the rebellious spirit that has united the community through the years. “You are not giving us the right to be proud? We will give that right to ourselves and to others!” Sometimes that is easier said than done… and more about that later!

Now here is another reflection (are you feeling a theme here?). My point earlier that my sexual orientation doesn’t feature that often in my thoughts these days has nothing to do with the fact that being LGBTQ+ is not important to me. Believe me: it is very important. It has everything to do with my current privilege: as a gay man living in London, I have the privilege of being constantly surrounded by other queer identifying people. I have the privilege of having access to many LGBTQ+ venues where I can feel safe holding hands with my partner without the fear of verbal or physical abuse.

As a white cisgender man, I know I am less likely to suffer abuse compared to my trans, female and LGBTQ+ colleagues of colour. And I know I can truly practice ‘being proud’ and walk around with a rainbow flag without any fear of repercussion from my colleagues and friends.

Looking beyond your privilege

When you are immersed in your privilege, it is much easier to have that feeling of pride when there are others around you who validate your identity. Being immersed in your own privilege can be very dangerous: you may be a straight ally looking in, struggling to see past the rainbows, confetti and smiles; or an LGBTQ+ person in a position of privilege struggling to connect with those in the community who aren’t. If we are not willing to look past our own experience and privilege, our blind spots can be fatal to the experience of others. It can lead to overlooking truly horrifying numbers including:

A safe space to be yourself?

On that note, I will now digress again and reflect on another point in my life where I was not in the privileged position of being an ‘out and proud’ gay person. I am originally from a conservative part of Brazil. Rather than bring immersed in pride, I was immersed in shame for so much of my life over there. And as happens to many other queer folks, I had the desire to ‘break free’, to live somewhere I could truly be myself. In the early days of my professional career, I was mostly very lucky that I did not face overt discrimination, and that I was surrounded by genuinely nice people. And yet, I was not ‘out and proud’ in the workplace for a long part of that time.

I found myself reflecting on why that was, and came to this conclusion: though people were genuinely nice and friendly, there was rarely anything in the conversations and discourses that subverted heterosexual narratives and role models. Though there was no homophobic discourse, there was nothing to promote ‘being proud’ of being anything other than heterosexual and cisgender either. No visible signs of acceptance. And when you come from a community that has been taught to feel ‘shame’ for so long, being asked to read between the lines on whether a space is safe or not is a very hard ask.

How to create truly safe workplaces for LGBTQ+ colleagues

So many moments of reflection later, here is what I have learned…

Thank you for reading, and Happy Pride!

Inclusive Employers is celebrating Pride Season with a series of virtual webinars. You can read more about them here.