Julie joined Inclusive Employers in August 2020. Before joining the team she had a 30-year career in policing. She worked with the Hampshire Constabulary, where she had many different roles. The highlight of her time here was as police commander on the Isle of Wight.

It was her passion and interest in inclusion that was the pinnacle of her career and she worked closely with colleagues and the communities to increase awareness around LGBT+ Hate Crime. This created opportunities for her to work with other partners including health, education, prisons and local authorities to improve access to services and a tailored approach for all. In 2013 she was awarded and MBE for services to policing.  Julie also spent seven years as deputy chair of governors at a city 6th form college and was lead for safeguarding.

Julie is a Inclusion and Diversity consultant, working predominately with the CMI qualifications, however she has naturally become increasingly involved with developing inclusion projects and deliveries withing the policing and blue light sector.

What do you enjoy about your role at Inclusive Employers?

Working with people who speak the universal language of inclusion. The positivity and energy the team offer. That you feel valued for who you are and the individual skills and attributes you bring to the party. As they say ‘choose a job you love, and you will never have to work again…’

What has been your biggest achievement to date?

Probably my proudest achievement was receiving an MBE for my services to policing, particularly citing the work I did with the LGBT+ Communities and Workforce.

I thoroughly enjoyed my 30-year policing career with Hampshire Constabulary. I started out as a (very closeted) Student Officer on the Isle of Wight in 1990. Twenty years later I returned on promotion, where I served as the Commander, who was then very ‘Out’ – what a transformation.

What is the best advice you have ever been given?

My Mentor in the Police: ‘Just be yourself, as others will see through attempts to be anything else’.

My Mum: ‘If you have nothing kind to say, say nothing’.

My Dad: ‘Of course you can play Football and Cricket’.

Tell us something about you that we might not know.

If ever they make a film about me, I would commission Jodie Foster to play the lead. 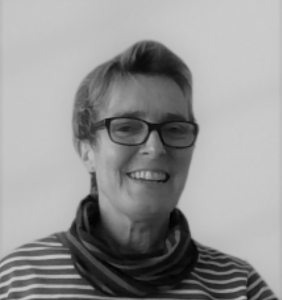