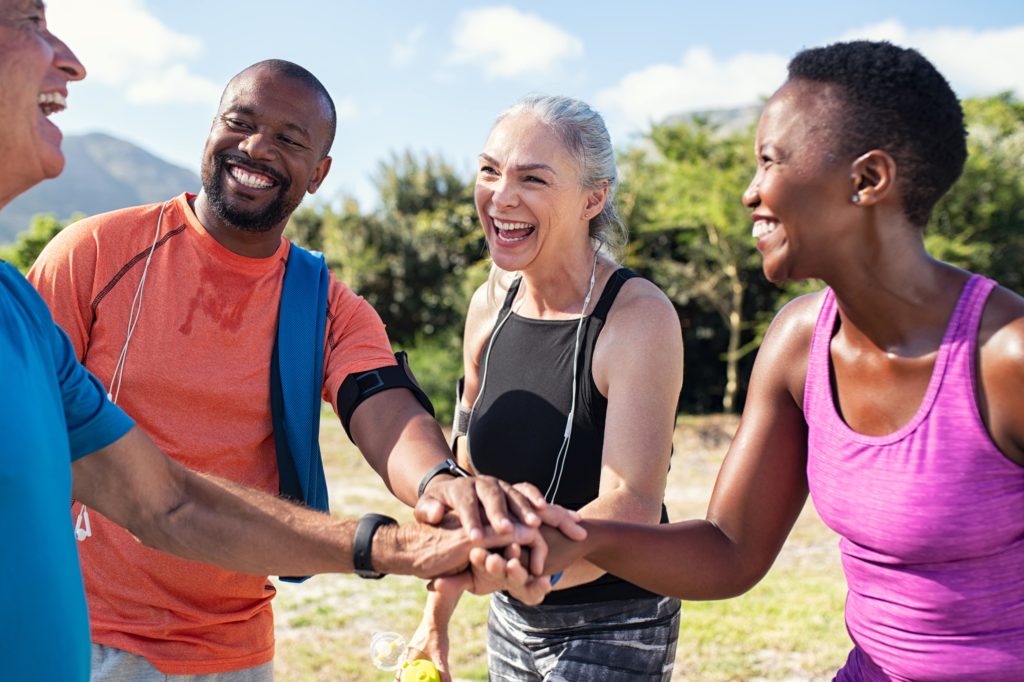 The trans community are experiencing a really challenging time as of late and the transgender sports debate is ongoing.

Yes, I may be writing this as an ally from within the community, but you’re certainly getting a layperson perspective of sport and with that, hopefully a blog that resonates; especially if, like me, you do not have the same specialist sports knowledge as our Inclusive Sport team.

There is no denying that gender inequality exists throughout all walks of life; from the roles we play (or are expected to play) in different cultures, to the pay we receive, to the sports we play.

So many things within society seem to be affected by our gender and it’s ingrained within us from a very early age about what is “masculine” and what is “feminine”. We know gender is a social construct, and yet how we experience the world is hugely influenced by our gender and “gender norms”.

The sporting world has often been seen to be a “man’s world”. We only have to look into how women have had to fight for space or recognition within the sporting industry. Men have always received higher financial investment, there is more encouragement for boys to participate from a young age and there is evidently more media focus on men who play sport compared to women.

This is all symptomatic of a patriarchal power structure, and that’s before we even explore the Western dichotomy of gender rather than gender being considered as a spectrum/continuum.

Being LGBTQ+ myself and having referenced the small amount of research above, it’s no surprise that my sporting experience growing up left me with some resentment to the sporting world. I was always made to feel I was never masculine enough to play the perceived “male” sports, and now I’m questioning right this moment as to whether my dislike for sport was due to lack of interest, lack of inclusion, or also down to my lack of ability. Perhaps all three.

Now imagine you’re a trans athlete: you’re an individual with a genuine interest, passion and talent and you want to participate and compete and yet you’re being excluded based on something that is intrinsically you; your gender identity.

Transphobia (homophobia and biphobia) is rife in sport and over half of trans people feel excluded from certain sports or have stopped playing as a result of discrimination around their gender identity.

Statistics also show that 64% of LGBTQ+ people who identified as something other than male or female (e.g., genderfluid or genderqueer) were not active enough to maintain good health and have avoided gyms (42.2%), clubs or social groups (39%) and public spaces such as parks (16.9%) for fear of being harassed, or being outed.

From an inclusion perspective, the fact this is having such a huge impact on both physical and mental wellbeing is one society cannot ignore.

As someone who works in the inclusion space and someone who is a part of the community, the arguments against trans+ people taking part in sport is a question that always crops up, especially regarding trans women and non-binary individuals assigned male at birth who wish to participate in women’s sport.

However, I don’t believe it’s necessary to have that debate here; transgender sports research is in its infancy (especially for elite competitors), and still under scrutiny by many. There are so many variables that can impact performance sport.

Those statistics alone lead me to the question of “What more can we be doing to ensure the trans+ community feel included within sport?” and ensure safety, fairness and inclusion go hand in hand. I also like to seek out trans+ role models and trans athletes to hear about the positive contributions to the sporting world they have had or are having.

How to support trans+ people in sport, and make sport more inclusive

Supporting the trans+ community in sport can only be of benefit to everybody, and some of the tips below do not require much action or adaptation to the regular practices within sport.

Many of these tips can also be considered and actioned in non-sporting environments and are beneficial for all workplaces to read. They are also potential changes and adaptations that will benefit people outside the trans community too.

For example, non-gendered clothing for those with different body shapes and sizes, ability banding to enable people to find the a space to excel or feel comfortable, gender neutral / safe space changing for those who need care support, are body conscious or would just like some privacy.

Just like in the workplace, there is so much more we could be doing to show validation and acceptance to those from the gender diverse community, and all it requires is a little consideration to prevent exclusion.

Read on for our tips:

Policies and procedures for trans people in sport

Trans men are men, and trans women are women. Then there are those individuals who identify outside the gender binary. Everyone should be encouraged to play the sports they wish.

The statistics mentioned earlier show how challenging it is for the trans+ community to particpate in sports and activity, causing both physical and mental health concerns. Think about your sport, your team, and opportunities of how you could make it more inclusive for everyone.

Quite often, sportwear is gender specific to no additional benefit. Consider the sportswear / uniform that your team wears and whether it’s really necessary. Allow your participants to play in what they feel most comfortable, as long as this does not have any detriment to the performance or safety of themselves, their team or opposition.

If somebody decides to come out or chooses to transition while being part of a team or club, do your best to support this individual and ask them what they require to feel most supported.

Always place the individual at the centre of the support given, rather than make assumptions. If there are eligibility regulations to consider within your sport, have this conversation with the individual first and decide in partnership how they would like to move forward.

Just like the workplace, if you know somebody identifies as trans+, this should be kept confidential. Nothing can be more excluding than being outed when you do not want others to know or are not ready to share. Being outed can lead to further harassment and discrimination which you are legally obliged to protect against.

It is vital than any transphobia (biphobia and homophobia) is challenged in the first instance, and not accepted by the club, coach, or teammates at any point. Bullying, harassment and/or discrimination in any form is unacceptable and should be dealt with appropriately and follow formal grievance procedures where necessary. You should outline this process clearly within your policies.

Consider whether the sport needs to be split by gender, and what the reasons for this are. Could you possibly offer mix-gender training sessions instead, create teams based on ability (not gender), or add / takeaway elements of the game to become more inclusive of all genders (tag rugby for example).

Just as there is space for LGB+ clubs and communities, could trans+ individuals take part in sport with those from the LGBTQ+ community. These sporting teams can often provide a safe space as well as being another mechanism of support for those from within the community.

If you know someone who is trans+ playing sport, they can be a real advocate for the younger generation in encouraging them to take part in sport, as well as help to challenge any myths or misconceptions of trans+ people in sport.

If they are happy to do so, encouraging them and giving them the space to share their experience can be hugely beneficial to them and the LGBTQ+ community, as well as being a learning opportunity for their teammates and club.

Of course, their psychological safety is of utmost importance, and it should not always be down to the individual from the underrepresented community to educate others.

Making changing rooms gender neutral or having gender neutral spaces can help those from the trans+ community feel safer and more included. If you already have this option available at your club don’t forget to promote this and make sure everybody is aware of this great asset.

Language within membership forms etc. should be inclusive of all genders and the use of gender-neutral terminology should become common practice. This is the first insight that those from the trans+ community will witness of gender inclusivity within the club.

Both internal and external communications should include all genders and promote gender positivity and inclusivity in imagery, written, audio, and video materials, including online and offline content.

Paying for further education and learning around LGBTQ+ topics for teammates can hugely benefit everybody. Use months such as Pride Month to kickstart or amplify conversations for LGBTQ+ teammates, and show solidarity for the community. Offer training to sporting professionals such as coaches/referees/captains to ensure they are being as inclusive as possible.

How Inclusive Employers can help with trans inclusion in your organisation

If you are in the sporting industry then our Inclusive Sports team are the perfect partner to support your trans inclusion work.

If you are a member please get in touch with your account manager to talk about how we can support your trans inclusion journey. We also have a variety of trans inclusion resources to support you, available in the Members’ Resource area.

You can also learn more about the trans community by reading our trans inclusion themed blogs – they’re a great way to raise awareness with your colleagues too!