Inclusive Employers > Blog > The progress of inclusion: from nice to have to business critical

The progress of inclusion: from nice to have to business critical

In May we celebrated 10 Years of Inclusion. In our blog our colleague Debbie Epstein, Head of Inclusion and Diversity (Sport), reflects on the progress of inclusion, diversity and equality over the last decade including key achievements of Inclusive Employers and of her experience working in Higher Education. 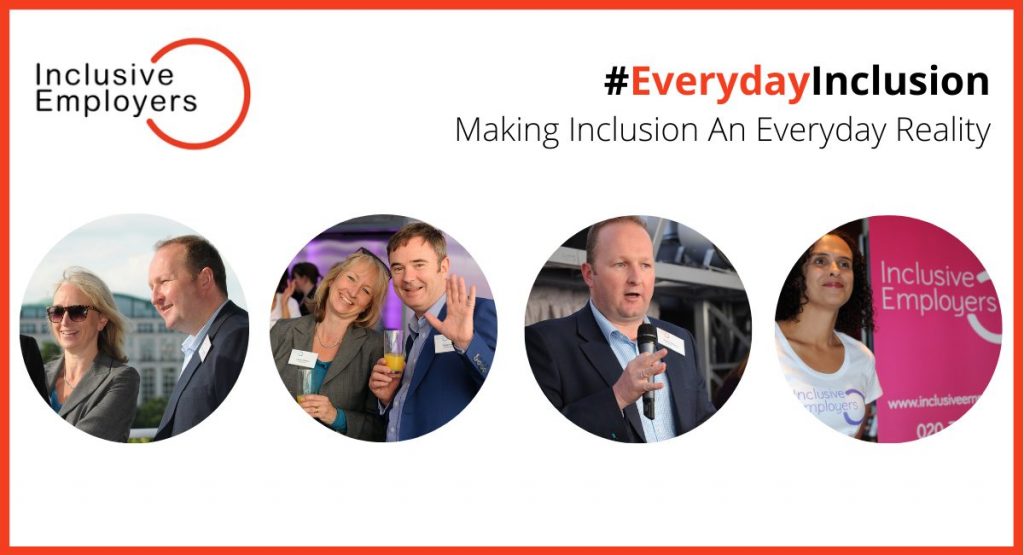 Inclusive Employers putting in place the foundations for inclusion

Inclusive Employers was 10 years old on 25 May.  This was a huge milestone for us! We have been on an incredible journey from our first tentative steps with some of you back in 2011 to this point where we are now working with 230 members and 25 staff.

As many of you will know, Inclusive Employers formed as the brainchild of Richard McKenna in May 2011.  Richard had been working on an ad hoc basis with a small number of organisations, helping them to think about how they could move from a legally compliant-focused model based on protected characteristics to a more holistic, inclusive, approach.  From this early work, Richard identified the need for an organisation that could drive forward with this approach. An organisation that could develop its expertise and support organisations to capitalise on the social and business opportunities of inclusion.  This had never been done before in the UK.

Richard’s expertise, infectious personality and excitement about the topic brought in a number of founding organisations, which enabled him to start Inclusive Employers. Over the past 10 years, our knowledge and understanding of inclusion, its relevance to organisational culture and how to apply this and work with clients and members from numerous sectors has flourished.

Our inclusion achievements over the last decade

As we look back over the last decade, some of the inclusion and diversity work we are most proud of includes:

In the build up to our inclusion celebrations we surveyed members and non-members to understand their view on the inclusion progress that has been made over the past decade, and their aspirations for the future.  Thank you if you participated! We received over 100 responses and have gathered a fascinating and rich source of data. Look out for the findings which we’ll be sharing soon.

How has the approach to inclusion, diversity and equality changed in the last decade?

Having been involved in this work for more than 10 years, it’s been interesting to reflect on my experience of how things have changed and whether this aligns with wider opinion.

Pre-2011, I was working in Higher Education. My earliest recollections are of having to respond to the various Public Sector Equality Duties, relating to disability, race and gender.  We had some staff networks in place and a compliance focused approach to training, but were starting to consult, gather data and form strand-specific action plans.

Over the next years, within Higher Education at least, the focus became even more strand-specific. For many universities their funding was tied to achieving the Gender Equality Charter – ensuring that women at all levels and in all faculties had an equivalent opportunity to succeed.  A typical submission to the Charter involved many hours of data analysis, conducting specific surveys and focus groups and setting up a team of people to rigorously review the evidence and generate an action plan.

The action plans were extensive. They had to cover every element of employment practice and then later the education environment was included too.  It could take an organisation a year to complete and each faculty was then required to go through the same process to ensure the culture was embedded.  This approach was robust to say the least, but meant that a vast level of resource was channelled into one protected characteristic. It was neigh on impossible to achieve parity and bring everyone on the journey. The approach was very mechanistic and did not necessarily lead to culture change, nor was it flexible enough to accommodate an individual organisation’s circumstances.

Beginning to understand the value of inclusive cultures

Moving over to Inclusive Employers 3 and a half years ago felt like a breath of fresh air. It helped me reconnect with my original motivations for working in inclusion and diversity.  I had become disillusioned with the mechanistic way of dealing with equality and diversity.  My work now focuses on culture and behaviour change, tackling inappropriate behaviours from the overt through to the subtle.

Recently I have been working with groups of colleagues who have become particularly disenfranchised by the intent focus on inclusion that has come about since lockdown and the murder of George Floyd and trying to support them to come on the journey.  Working with colleagues Michelle Daltry and Sarah Kay, we are now taking this thinking into the Sport and Physical Activity sector in a more systematic way, through a project we are working on with Sport England.

What makes me most excited about our Inclusion and Diversity Survey is the volume of organisations who are saying their inclusion and diversity work is impacting behaviours and attitudes in the wider world. 78% believe that their inclusion and diversity agenda will have a very positive impact on their workplace in the next 10 years. Responses highlight that inclusion is now perceived as central to organisations achieving their corporate purpose – however we measure our performance we can’t optimise it without bringing everyone on the journey.

We’re looking forward to sharing the outcomes of the survey with you – in particular the fascinating predictions about what the next 10 years will bring! Make sure you’re signed up to Inclusion Insights to find out more next week.