Inclusive Employers > Blog > Sex, gender and identity and the Census 2021

Sex, gender and identity and the Census 2021

We will all be filling in our census forms later this month. This national data collection exercise happens once every 10 years and we will be relying on 2021 data until 2031 as a means of understanding the make-up of our society. The good news is that the 2021 census will, for the first time, collect information on LGBT+ demographics by asking new voluntary questions about sexual orientation and gender identity.

However, new guidance has been introduced by the Office for National Statistics (ONS) this week following a High Court ruling about the binary male/female question. 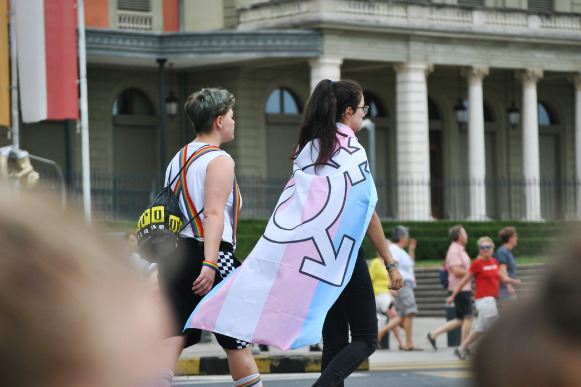 The impact of the change is a devastating blow to trans inclusion and is heightening levels of fear, anger and exclusion. We advise you to reach out through your networks to trans colleagues to offer your support and re-state your position on zero tolerance to trans phobia. We will keep you updated and in the meantime you can find out more background to the High Court ruling and the definitions of sex and gender here.

For over 200 years there has been a mandatory census question on sex, requiring an answer of “male” or “female”. This year, guidance accompanying the sex question was to read: “If you are considering how to answer, use the sex recorded on one of your legal documents such as a birth certificate, gender recognition certificate, or passport”.  Importantly, when we apply for a passport we decide ourselves whether to put male or female.

However, this week there has been a legal challenge that by allowing census-takers to answer with their sex as it is displayed on their passport or other documents the ONS had “decided it can redefine sex to include self-declared gender identity”.

A significant blow to trans inclusion

On Tuesday a High Court judge ordered the ONS to remove “such as” and “passport” from its guidance. This means that assuming people follow the guidance, they must state the sex as set out on their birth certificate or GRC. As you know, many trans colleagues do not have a GRC.

Although there is a new voluntary question on gender identity for people aged 16 years and over later in the questionnaire, the decision about the use of a passport feels like a significant blow to trans inclusion and is resulting in heightened fear and concern in the community.

‘Sex’ refers to the categories (male and female) used to define human bodies at birth. ‘Gender’ (also known as our gender identity) is an individual’s innate sense of who they are. Some people argue that ‘sex’ – your body parts and genetics – is what it means to be male or female, but this does not take into account the diversity within human bodies and indeed how people innately feel about their gender identity. This way of thinking erases intersex individuals, trans people and indeed the complexity that biologists increasingly see as part of all human bodies.

Men are increasingly taking on roles traditionally seen as belonging to women, and women are playing the parts previously assigned mostly to men. We are seeing more non-binary and gender non-conforming individuals who identify with neither gender, or both, or somewhere inbetween. A lot of gender discrimination and gender bias are perpetuated by these more traditional gender ideas. Ultimately gender is complex and individual concept, and narrow definitions of male and female are restrictive for everyone.

March 31st is Transgender Day of Visibility. Take this opportunity to learn more about really embedding trans inclusion into your workplace and book onto our webinar, Tackling Trans Inclusion Further than ‘Trans 101’, on March 25th, 3-4pm. You can find out more here.