Inclusive Employers > Blog > Roe v. Wade: What does this mean for your employees in the UK?

Roe v. Wade: What does this mean for your employees in the UK?

Before you read any further due to the nature of this blog, we will be discussing the topic and impact of abortion - if this is a topic which may be distressing to you, please be mindful of your wellbeing whilst and after reading this. We also understand that for religious reasons some people may have a different perspective.

Keep reading for a small Roe v Wade summary, why it matters and how to support your employees with this at work. 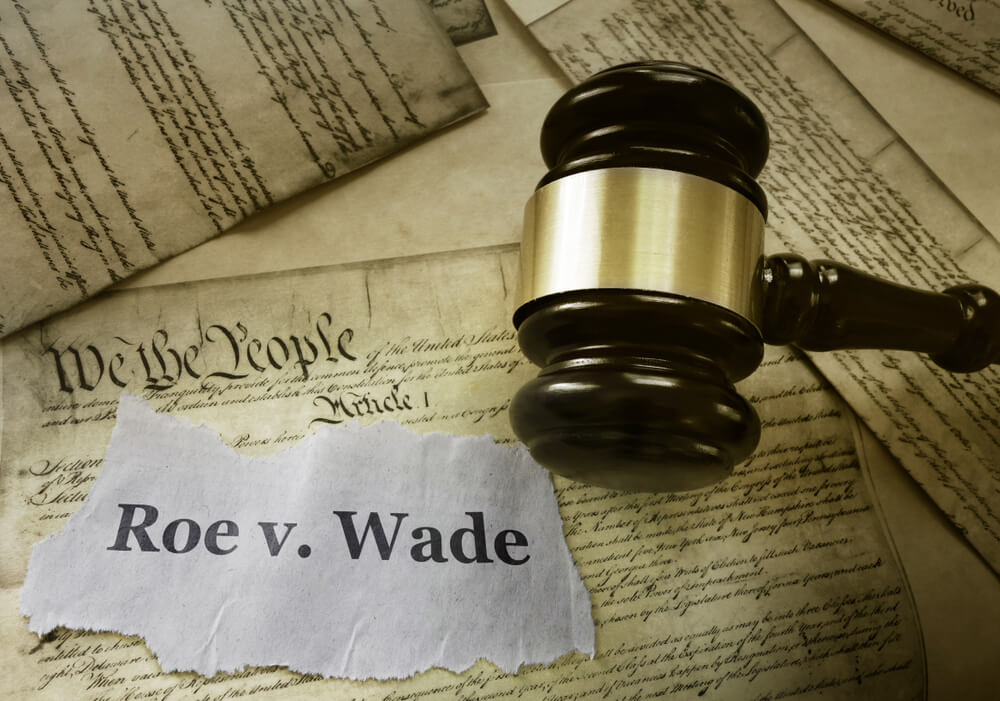 When I first switched on the television and saw the Roe v. Wade protests in America and the news of this ruling being overturned, I found it difficult to comprehend what I was seeing and hearing.  I struggled to understand how this could even be a conversation in 2022, never mind the fact the ruling had been overturned and the significance and impact this was going to have for female and AFAB (Assigned Female At Birth) people across the globe.

There may be some people wondering if this is happening in America, why are we talking about this in the UK?

At Inclusive Employers, we have many members and work with many organisations who work in global markets and or have global reach, the overturning of this law will affect their employees and customers for years to come.

At its core, this decision is about a few privileged people in a position of power making a decision that removes choice for AFAB and females about what happens to their bodies. It raises questions and concerns about what decisions could be next and what the impact of these could be.

What is Roe v. Wade?

On the 24th June 2022, the Supreme Court overturned Roe v. Wade, the landmark case from 1973 whose ruling protected a person’s right to have an abortion. Abortion before Roe v Wade was extremely unsafe due to it not being legal.

Roe v Wade being overturned means the reversal of the federal protections that ensure the right to abortion, and it allows each state to put its own regulations in place.

It immediately made abortion illegal in 13 states that have “trigger laws”, which automatically come into force or will imminently do so. Many more states are in the process of activating pre-Roe bans or passing new ones.

Why does it matter?

The Roe v Wade impact will be extreme. This means that many people who need abortion access and care would have to travel great distances to receive the medical treatment.

This will have the greatest impact on people from lower incomes, who not only will be forced to travel for abortion access and care but are also more likely to have poor access to health care to start with, meaning less access to contraception and sexual health facilities.

The data already tells us that three-quarters of abortion patients are at or near the federal poverty level, a group with a disproportionate number of people of colour. These added costs are likely to result in people looking for cheaper, unregulated and dangerous alternatives.

This means that, ultimately, this decision will exacerbate the health and economic inequalities already faced by marginalised communities within America.

What employers should know about Roe v Wade news

From an employer’s perspective, it’s a decision that will have far-reaching implications, including on employer health, well-being and benefits strategies.

It will raise privacy and confidentiality issues within organisations, many of which don’t have policies or frameworks for supporting colleagues who need abortion access or care, and are not sure how to approach the conversations.

It increases the financial and long-term emotional impact on employees many of whom may already be anxious about what they are going through.  This can have long-term implications for their physical and mental health, which will impact them personally and their engagement and performance in the workplace.

What are organisations doing to support colleagues in America?

Many organisations have been quick to announce that they will cover travel expenses through their health insurance to allow employees to travel for their health care. A quick list of companies that support abortion includes (but is not limited to):

Though it is worth reflecting on the fact that many have also stayed silent on the issue, and the impact that silence will have on their colleagues.

Why is talking about abortion important?

According to “my body my life”, an engagement project led by OU and the University of Oxford, almost half of pregnancies in England are unplanned and one-third of AFAB and females will have an abortion in their lifetimes.

Yet even given these numbers it is often shrouded in secrecy and shame and will require a lot of sensitivity, compassion and open-mindedness to unpick. Many colleagues will have accessed this care or are in the process of doing so, and all the media surrounding this decision could be raising many difficult memories and feelings.

We all have a role in helping remove this stigma and creating workplaces that feel psychologically safe for people to share if they want to.

Organisations can help here by reminding colleagues what support mechanisms and benefits they have access to such as EAPs, mental health first aiders and any medical/therapy benefits. Consider having signposting available to abortion support networks to help provide women and AFAB employees with emotional support after abortion.

It could also be useful to think about creating a safe place for colleagues to share if they want and upskilling managers, so they are equipped to have these sensitive and highly individual conversations.

It is important not to force anyone to disclose or make any assumptions, instead highlight the support and remind people they can access this at any time they need it.

As difficult and challenging as talking about abortion is, and I can share I found writing this challenging. It’s an important topic and affects so many people in our society, therefore our workplaces and colleagues. The fact that this is being talked about in the media opens the door to conversations that may not have taken place before.

My last reflection is to remind us all to be kind and compassionate and supportive to each other.