Sports media and the inclusion of disabled athletes

Our colleague Michelle explains how your viewing power can make a difference to disability inclusion in the world of sports. 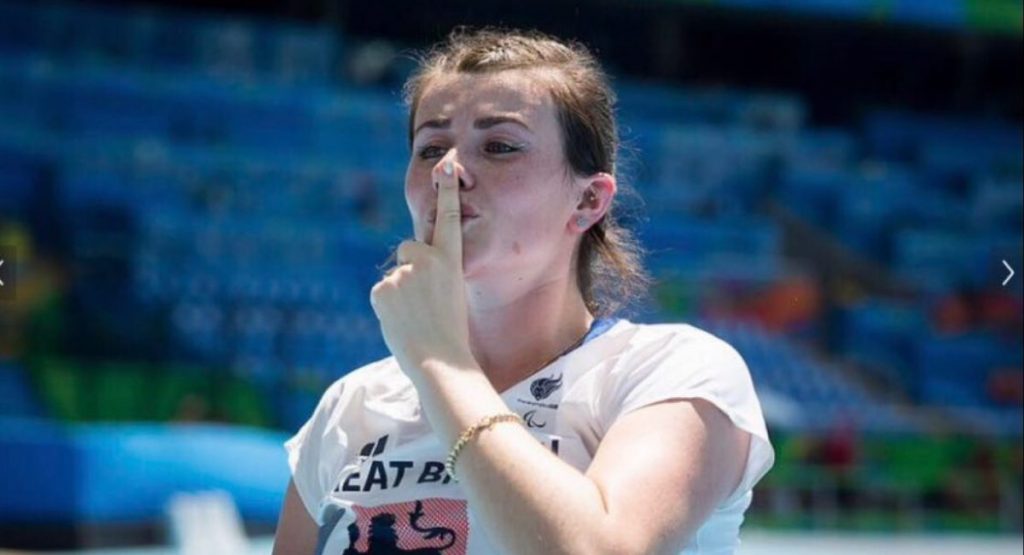 My name is Michelle Daltry, I am a new Senior Consultant with Inclusive Employers and I’m going to start this article with a confession… ‘I love watching “I’m a Celebrity, Get Me Out of Here”’.

This year’s series brings with it real added value for me. Not only is it being filmed right by my Mum’s house, but it also stars someone I have worked with and known for many years, Hollie Arnold MBE.

By this stage you might be wondering what this has to do with inclusion?

On ‘I’m a Celebrity’ launch show, Hollie became the centre of a media joke after she repeatedly introduced herself as “Hollie Arnold MBE”. Ant and Dec started the joke and social media carried it on.  In fact, “Hollie Arnold MBE” was trending on Twitter until Monday morning.

Knowing Hollie well, I know that she is a modest, committed athlete and a role model. However, I am confident she is also deeply conscious of the fact that, compared to others within the camp, she is possibly the least well known. And therein lies the challenge for para-athletes. Despite the London 2012 Paralympic Games propelling parasport into the spotlight, there is still much to do.

The Channel 4 Superhuman’s campaign inspired a new generation of athletes and supporters and fostered a newfound respect for parasport.

However, research conducted by the Activity Alliance in 2016 highlights a problematic relationship with the use of the word ‘Superhuman’: ‘A number of disabled adults express reservation over the use of words such as “superhumans” to portray disabled people in sport. Concern over this is greater among disabled adults than non-disabled adults.’

Outside of the major games of the Paralympics Games and Commonwealth Games, media coverage of parasport is minimal. Representation of Women’s sport, Black and Minority Ethnic sport and sports outside of the football, rugby and cricket bubble are very slowly improving, as sports media grapples with inclusion and diversity. However, the same cannot be said of the media coverage to Para or Disability Sport, which is still sadly lacking.

So how can we shift this narrative, how can we be inspired to be more active or encourage and support disabled people to find accessible and genuinely inclusive opportunities when the media coverage of disability or parasport is minimal?  Media platforms are driven by viewers: the more views, clicks and searches that are made for sports, the more likely the industry is to identify a perceived appetite for this offer.

Women’s football (or football as I like to call it!) has seen a 172% increase in its audience since 2017, so it is no surprise that we are gradually seeing the Women’s game receiving increased mainstream media attention, and occasionally prime time slots. Now in 2020, we see the exceptional female former international Alex Scott taking a chair as a leading pundit on Match of the Day, and it is now not unusual to hear a female commentator in a men’s premier league match.

As drivers for inclusion, diversity and equality we have a responsibility and an opportunity to drive this change in parasport. A great starting point is the International Paralympic Committee website which live streams many disability and parasport competitions from the globe, you can watch it here.  Another great watch is the Netflix documentary, ‘Rising Phoenix’, which shows the fascinating journey of Paralympic sport across the globe!

My challenge to you is to seek out media coverage of parasport, follow Paralympic athletes and role models on social media – vote with your viewing power and the rest will follow.

The health and wellbeing benefits of exercise for disabled people