Inclusive Employers > Blog > Black History Month: what it means to me

Black History Month: what it means to me

As we head into Black History Month 2021, our Inclusion & Diversity Consultant, Cheryl Carty, tells us what BHM means to her as a first generation Jamaican Brit. Read on to hear about Cheryl’s inspirational grandmother and how leaving home to get a degree led her to learn about black history. 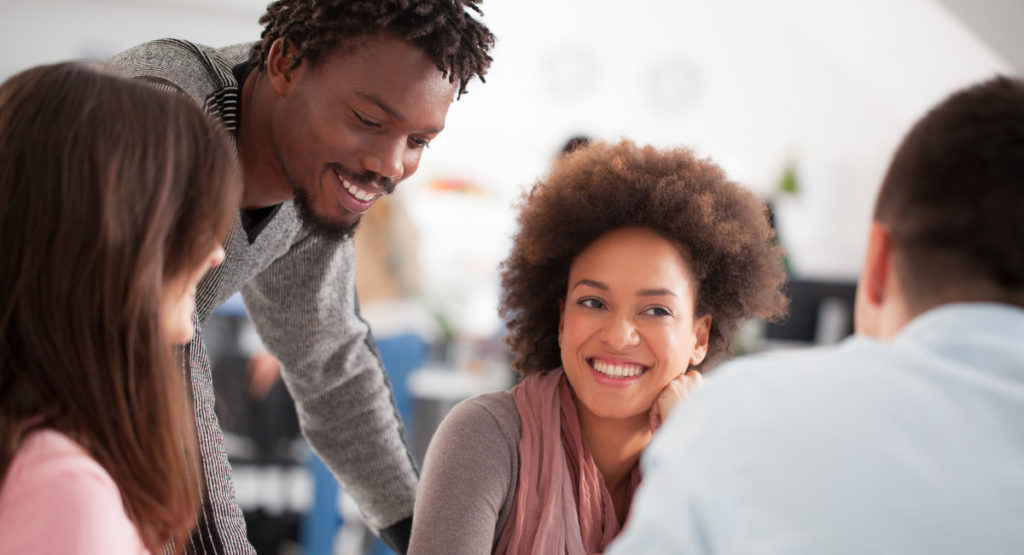 To me Black History Month means acknowledging the Black community for their contributions to society and the home. Where would we be without the three traffic lights system invented by Garret Morgan in 1923? How would mum get her food from Iceland’s if Frederick Jones hadn’t invented refrigerated trucks in 1940? And how many parents would have had to sleep in their children’s room at bedtime, if Lewis Latimer in 1881, hadn’t used his innovation to create longer-lasting light bulbs, with a carbon filament for all those night lights?

The list goes on and you can find out more about black inventors at History.com

Whilst it’s important to educate ourselves during Black History Month, and there are so many great resources to do that now, it’s important for us to recognise that there is still so much more for us to uncover and learn. So, I want to tell you a little about the woman in my history who most inspired me, my grandmother. She gave me the voice and spirit that I now have.

As the first generation Jamaican Brit, I am Proud to be which is this year’s Black History Month organisation theme.

Black history means so many different things from generation to generation. For example, my grandmother, the original ‘old skool’ Jamaican woman, travelled to England on a ship in the 1950’s to a country that was motivated by her work ethic but shunned her race.

My grandmother had left a world of support and culture for Birmingham. Her ambitions for change and self-development were huge, she had no fear.  She wanted to be a nurse. However, slowly her ambitions were replaced by a sense of survival. She had to ensure she could put a roof over her children’s heads, the ones in Jamaica. For now, she would send letters every two months and a barrel home for Christmas (every year). Sending a barrel home was a tradition that most Jamaican households did. The barrel would sit in the house for a year and each month would be topped up with household goods like, rice, flour and sugar. All these items were available back in Jamaica; however, they were so expensive that locals were unable to purchase them. The barrel would be shipped to Jamaica (which must have been a huge expense). This was my grandmother’s way of connecting with her children from so far away.  I admired my grandmother’s determination, she made sure that, the barrel went home to all her family every year for 11 years. As a mother now I don’t know if I could be so far away from my children, however if it was all that I could do to support them, well I guess I would have had to do the same thing.

“No blacks, no dogs, no Irish”

My grandmother had two jobs and was bright and bubbly, despite the daily discrimination that she faced. One job was cleaning hotels from 12am-8am, where she wasn’t allowed to use the front entrance or be seen in the lobby. I remember her telling me about signs that read “no blacks, no dogs, no Irish” in the windows and on front doors. At the time I remember thinking, “Could this actually be true? My beloved home city discriminating against my grandmother?”. I was not happy. I was about 7 years old at the time and very protective of her.  My grandmother must have seen the hurt in my eyes. She put her hands around my face and said, “Don’t worry my Cherril – the world will be a different place by the time you are my age. You won’t have to fight the battles that I did”.

The other job she held was as a cook working in the kitchens at Dudley Road hospital (where I was born). Her hours there were from 10am to 6pm. My grandmother loved this job and garnered much respect from the head doctors and chiefs there. She got to really show her personality and brought so much joy to many people who often were working with terminally ill patients.

A slice of the Caribbean

My life with my grandma was a slice of the Caribbean; our home was always filled with music, and the kitchen hosted aroma’s that you knew would not only ‘taste good’ but would also make you “feel sweet”, a phrase my grandmother would often say when she saw me smiling as I licked my fingers after tasting her food. I tell you what…, my grandmother could really cook! This would always be a warm welcome from a hard day at school, especially since I was one of a few black children in the classroom.

She was a social butterfly, every Saturday she would host a blues (party) where friends would gather at our home and listen to the DJ spinning the latest records. They would be eating Curried Goat and plain rice, the best Brown Stew Chicken ever, and sweet and savoury dumplings, all cooked by my grandmother. The food would be served with Sorrel, Guinness punch, White Rum and or Red Stripe. These were the traditional dishes and, as I had become my grandmothers dancing partner, I got to go to different dances up and down the country. By the time I was 18 I had already travelled to Scotland, Manchester, Liverpool, Margate, Scarborough and Blackpool, I was a regular at the Bristol Carnival.

My grandmother was a force unknown to any other. She was a tall 5ft8 woman and with her stature came a lot of love, protection, and fun. It was my grandmother who taught me humility, kindness and respect. She was the one that paid for my dance school classes that I then, later went on to pursue and turn into a career. “I knew you would become a dancer” she said, “From the minute you were born you would be rocking to the beat. You remind me of my mother. She was from Cuba”.

After 4 years at Saturday dance class, I left. I didn’t have the heart to tell her I was bullied there, but it was worth it, because I was always awarded the blue ribbon at distinction during exam times.

My mother who came to England when she was 11 years old, wanted us to have a great education. She was raised by my Great Aunt Cis in Jamaica who was also a headmistress of a school in the district. She was strict and believed that ‘Children should be seen and not heard!”.  So, my mother’s grades were impeccable and years later she would spend so much time teaching my sister and I how to read, write and do arithmetic.

Not that my grandmother didn’t want all her children to excel in education, but at that time, my grandmother had to focus on getting a job. Any job. As long as you were working in a hospital, the council or teaching then that was considered a respectable career in Jamaica. And everything that my grandmother did was in honour of our family in Jamaica. So, between my Great Aunt Cis, my grandmother and my mother, they all ensured the whole of the family (both here and in Jamaica) were nurtured in the education and gained knowledge through lived experience. My grandmother often said, “Understanding your roots and knowing where you come from strengthens your future.”  And she was right.  It all paid off for me, as I gained from these three wise women.

The importance of my heritage

My first job was working at the hospital with my grandmother, assisting her in the kitchens! And I was the first person in my family to get a degree in the UK.  My mother would say that she sent me to Leeds to get an education and I came back trenched in black history. It’s true, I had taken a course to educate myself. There is something about being in a smaller black community that helps you reinforce and recognise who you are. Through these insights I understood from a young age the importance of my heritage and how society had positioned the black community.

And now, what will my generation pass on to our children?  I sit here looking at my boys as they play their gaming consoles and think, “I am now in a position where I can help my children to become anything that they want to be”. We already teach our children about Black History, but more importantly we teach them about our history so that we can prepare them for the future.

You can find out more about Black History Month 2021 here.